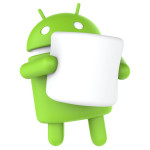 Google has announced the latest version of Android OS, codenamed as Marshmallow. The eligible Nexus devices will start getting OTA update in the upcoming weeks. But a lot of android users, especially the geeks don't want to wait for the OTA. So Google have uploaded the Marshmallow factory images so that the impatient people can download and flash these images and get the … END_OF_DOCUMENT_TOKEN_TO_BE_REPLACED

Microsoft have been planning to release Cortana android version officially this month. As many of you may know, Cortana is the virtual assistant developed by Microsoft for windows OS. Simply put, it's the Siri for Windows phone. The leaked Cortana app is no different than the original version for Windows phones. Everything stays the same. Cortana was first introduced in 2014 … END_OF_DOCUMENT_TOKEN_TO_BE_REPLACED 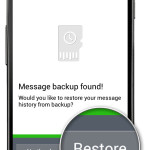 People lose their data in their phone all the time. It may be messages, gallery images or other data. Sometimes we even delete the messages purposefully and then later think that we need to look at the messages again. Whatsapp is the most popular messaging platform existing. One good feature of Whatsapp is that it automatically takes a back up of the whole messages everyday at … END_OF_DOCUMENT_TOKEN_TO_BE_REPLACED

Man behind the scenes